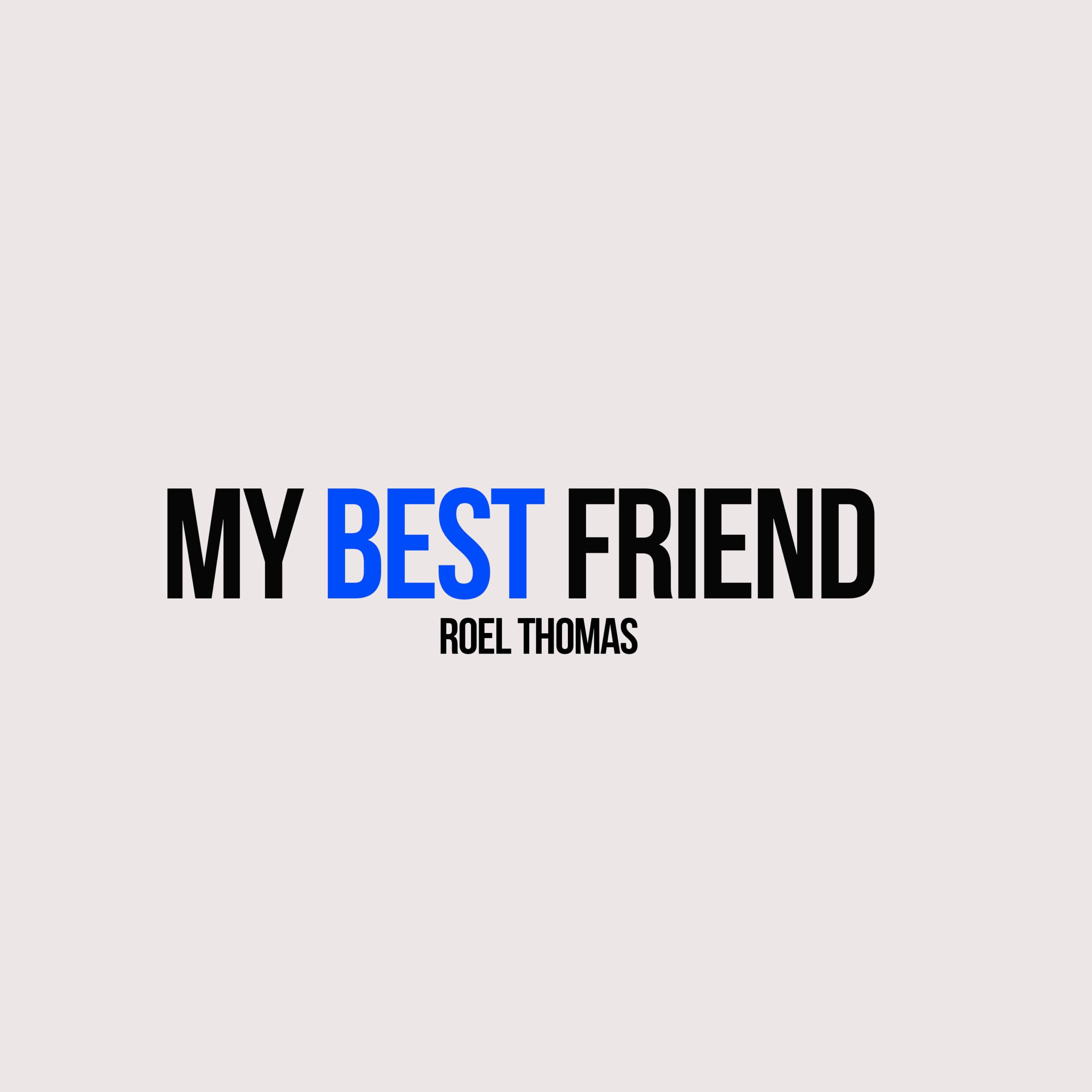 I love when an artist creates a project from the heart, from deep down inside. This is one of those rare moments. As the artist Roel Thomas himself describes it: “My music, my soul, my thing”. Roel has 60 songs tucked away in his desk drawer, which he is pulling out one by one on a monthly basis, to re-record with his Argentinian producer. The result is a constant stream of soul-driven songs full of meaning and musicality. The Dutch singer, songwriter, and producer recently delighted us with his stunning single “The New Me”, and now returns with another gorgeous, heartfelt song, which had its lyrics originally written in 1989.

The track we’re talking about is “My Best Friend” – a song about the conflicting dualities in ever personality, where the good in every person attempts to heal and mend afflicting situations brought about by the bad. Roel Thomas puts his artistic skills to use in full, reaching new emotional and technical heights while delving into heartbreaking lows. His, without a doubt, is one of the most compelling new voices in modern-day Pop, Soul and R&B infused music.

Unusually, for the abovementioned contemporary genres, “My Best Friend” seems to have been written on guitar, giving it a rootsy core that’s rare in most popular music today. However, that attitude doesn’t marginalize his music at all. His work is both contemporary and classic, fusing modern sounds with earlier echoes, all of which casts a benevolent shadow over nearly everything Roel Thomas does.

Many singer-songwriters make questionable claims of staying artistically true to themselves; but by the halfway point of “My Best Friend”, it’s clear that Roel Thomas is genuine in his stated mission – “My music, my soul, my thing”.

There are no stabs at radio-ready tricks or cash-grab elements to make the realness of the song more palatable for listeners. It just happens to be so, because Roel’s songwriting is filled with finesse, and his voice is impossible to ignore. It is a true process of blending pure artistry and catchiness.

The astute production sensibilities and his well-honed vocal skills further enable Roel Thomas to convincingly convey his narrative. In addition to the affected nuances in his voice, there is a great depth of emotion in his delivery. This extra power seems to stem from the subject matter and the fact that it has lit a fire under his artistry. The pensive guitar work and rich vocal harmonies also add momentum to the striking melody.

Roel Thomas has clearly turned a corner into a fresh chapter of his career. His new edge, combined with the prodigious production and vocal chops, bodes well as far as what might come next.

It is clear that Roel is an artist who will be appreciated by many, but may also be overlooked by even more, due to how the mainstream system works. While Roel Thomas probably sees no value in chasing fickle awards, or mass popularity, “My Best Friend”, has both the style and substance to remedy that situation.